THE 10 MUST KNOWS, BEFORE GOING TO CARNIVAL IN RIO

When people ask me what my favorite place in the world is, I tell them that I have many, but carnival in Rio de Janeiro was one of them – just me, happy and having fun – the craziest week of my life. The initial idea of staying for three nights and then continuing my journey around the world didn‘t work out so well, and I ended up staying for the entire 10 days because I was having the time of my life and the money I spent was nothing compared to the experience. I remember that there were a couple of things I wished I knew before I went, so here I share with you.

How to get around ?

I don’t actually think there is a best way to get round. I used all sorts of transportation: bus, underground, motorbike (to get up to the mountain in Santa Teresa) and taxi. The city is very crowded, so leave early to get to your destinations on time.

Things you should be prepared for:

Why it was incredible ?

Carnival in Rio de Janeiro is about the block parties everywhere around the city–mostly with live music and sometimes as a parade. Make sure you get the app before you arrive to plan your schedule; locals from the hostels may also give advice. During the street parties you have to have ‘Sacolé’ and when you are starving the Brasilian giant sausage ‘Salsichão Na Chapa’. I would try everything not to miss them these parties:

People think carnival is a festival that takes place in the stadium and it is wrong. The competition of the Samba schools takes place in the Sambadromo and it is not the most exciting thing in the world. I’m glad I went but I wouldn’t have too high expectations. Don’t pay too much (I got my ticket on the day of the event for R$40 but when I arrived at the stadium, which is huge, people try to sell tickets for R$15). Don’t buy overpriced tickets on the Internet! Also, the parade starts in the evening and lasts until the early morning.

Things during carnival in Rio can get out of control at night but it’s pretty cool to celebrate on the beach. It’s still very hot at night and very refreshing to go for a dip. Be careful: don’t get mugged ! I met an American guy (who was sleeping above me in the bunk bed in the hostel) who was very drunk, woke up in the morning and realised that his wallet and phone had been stolen.

Wow, this was a very amazing highlight of my trip to Rio de Janeiro. The views are unique and leave you without words. I recommend going before sunset (check on your phone) and make sure you arrive one hour ahead to get first row seats on the lookout platform and watch the incredible sunset. Make sure you bring your student card, otherwise the cable car costs R$62 return trip. Rio de Janeiro definitely has made it into my top 5 sunsets around the world.

Lapa is Lapa, a very hip and trendy area known for the stairs (Escalaterias de Sentaron), Mona Lisa frame and the Carioca aqueduct arches (Arcos da Lapa). If there is nothing going on in elsewhere, in Lapa there always: bars, restaurants, parties and favelaz.

I think the craziest thing that happened to me during carnival in Rio was the moment when I visited my first bloco party and spotted this group of gangsters making music. I went over, danced around with them, and then started urging them to play „lepo lepo“ and then „ai se eu te peso.“ WATCH THE VIDEO ABOVE ! An hour or so later I wanted to cut it short and stepped on a very weak cooler box (made out of styrofoam), which crashed. I had a very big argument with the owner so the police came and I had to pay a couple of reais. After a party by the beach late at night, I also saw the owner of a beach stall get his ass kicked because he didn’t want to serve some locals, so they came and smashed the television, hit him on the head, and frightened him. I got lost quite often but that didn’t matter because I loved the town. Another funny story was waking up in the hostel room without my underwear, so the other room mates (8 people) had to enjoy some views – haha.

Where to eat typical Feijoada: Bar do Mineiro

Carnival in Rio were the best days of my life and that was also because the people I met that made my time there unforgettable. Thanks also to the owners of the Santê Hostel Isabela and David. Unfortunately they had to close down – couldn’t believe it when I heard it because that hostel was one of the best I ever stayed. Please comment underneath if you like and give me feedback on my article. My recommendation is to arrive a couple days early to do all the sightseeing and once carnival is over, leave right away and go to Florianapolis or Isla Grande. During the whole time of your trip, I would advise you to keep yourself liquidated with beer because it’s very hot. Be safe and don’t get mugged. If you don’t panic, just give whatever you have because some valuables are less valuable than your life.

Enjoy every little moment, I love remembering the carnival in Rio days and I know that I’ll be back. 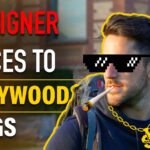 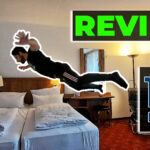 2022 is all about making our dreams a reality. Let